The difference between Ross and TJX

I'm currently in the States and, while I'm there, I always go to my favorite stores which are Ross Stores and TJ Maxx or Marshalls (both owned by TJX).

I haven't visited every Ross Store and every TJ Maxx/Marshalls but, from Florida to California, and visiting many states in between, I've seen that, usually, a Ross is dirtier than a TJ Maxx/Marshalls. 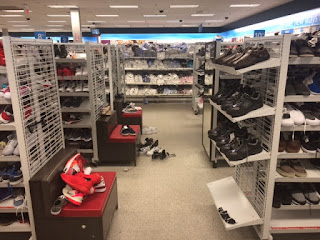 TJX and ROST are excellent stocks. All the fundamentals are great and have been great for many years. They're the best in retail.

Some people prefer TJX because it's bigger, more diversified (with Homesense, they sell stuff for the house) and present in many countries, which is not the case with Ross.

But I like Ross maybe a slightly more than TJX. Why? As written above, probably because their stores are dirtier. 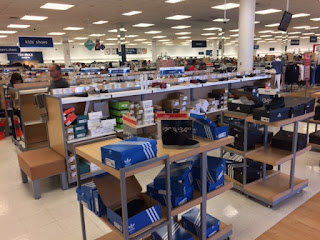 It’s the same with dollar stores like Dollar Tree, Family Dollar and Dollar General: they're all dirty, with shit and fallen items on the floor and sometimes flies in the stores.

By a strange phenomenon, people seem to like to shop there. Maybe they believe that dirt + disorder + cheap stuff is a winning combo. I don’t really like shit on the floor while I’m shopping but in my mind (and probably in the mind of others as well) that sounds like a business that’s doing everything to maximize bargains for their clients. And a trace of vomit on the floor is a little less disturbing when you buy plastic toys than when you buy food in a grocery.

TJX has a ROE slightly higher than ROST. Imagine what it could be if they could tolerate some crap on their floors.


First picture: A Ross in Florida
Second picture: A Marshalls in Florida, about 200 meters from the Ross.
Publié par Penetrator à 10:18