Once in a while, I take a look at Google or at the statistics of my blog to see where the visitors come from. There's not that much references to my blog out there. In fact, there's maybe 4-5 direct references from other blogs. The traffic usually comes from direct hits.

Lastly, I wrote "Don't fuck with donville" on Google and I found this, on twitter:

Who is Marc Cohodes? Sorry but I know jackshit about most investors out there. I only know a few famous names like Warren Ackman and Carl Einhorn.

Google tells me that Marc Cohodes is a famous former short-seller that now sells eggs and/or chicken in California.

And who is Amber Kanwar?

That chick is the sexy Yoko Ono on BNN!

Well, she's not really a Yoko Ono. She's probably from India or Pakistan. But come on, what's the difference between Asia and Japan? It's the same fucking thing. From the Ural to Indonesia, everyone is a Yoko Ono to my eyes. Even males are Yoko Ono with a dick.

Things are so much simpler when 4 billion people are exactly the same in your mind.

So, from my basement in the Quebec city area with my 2 weeks baby on my chest, I'm still surprised to see that a little part of Bay Street knows about my existence... which is mainly constituted of diapers, feeding-bottles and vomit spots on my shoulder. 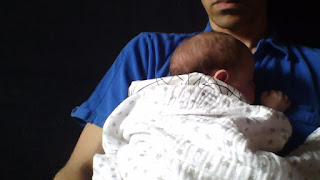