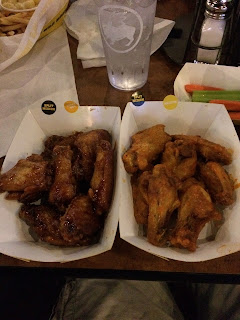 That's a picture of my chicken wings up there. They were good and sold at a fair price. It's not because I didn't like the ambiance that everything was shitty.
Publié par Penetrator à 16:56