How to become your own hero

Over the years, a few people have told me that I've influenced them. Lately, there's even a guy ($o$ in the comment section) that told me that I was his investment hero.
Wait a minute. That's too much.
And while I'm sure that some people would feel glorified to hear such things, I think that it's not appropriated. Anybody that's curious and that reads on investment could learn and understand what I'm doing. However, you must have a good bullshit detector, which is not the case to all intelligent people.
But once you've reached a certain point, you can almost decide in 10 minutes if you want to invest or not in a company. Because you know how rare are some attributes of a company. So, when you find these rare great things, you usually know that it's gonna be hard to find something similar. In august, while I was at Vicario's cabin in Vancouver, he explained me how he chosed stocks and I saw that he knew in a few minutes what he wanted to buy or not. Which made me understand that he could probably spend not too much time on investment and spend most of his time on his boat, trying to catch salmons between a beer, a sandwich and a piss in the ocean.
That's what all these people who need a guru should try to reach: the level where you know how special a company is versus the rest of the market. And for that, you don't need anybody. You just have to analyze hundreds of companies by yourself and compare them on various levels. It's not that hard, but it's long and you have to be curious.
If you want a metaphor, it's like checking girls and rating them. For instance, at the beginning of the 90's I discovered Mary Elizabeth Mastrantonio (lady Mariann in the movie Robin Hood). Now, 30 years later, I've seen tons of other beautiful girls, but I still find her attractive (well, mostly on her 80's and 90's pictures). To know how beautiful a girl is, you must know what the average is. So, check as many girls as you can, and find the ones that are exceptional. And then, give them all they want. After my metaphor about luxury cars and great sport players, here's another one. I wonder if I'll be able to find a fourth metaphor. 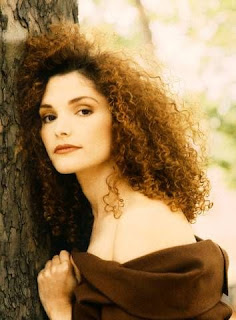 You can start with Constellation Software, Google and Facebook. You'll see quickly that these companies are different from at least 90% than what's on the market. And while you'll be a better investor, you'll also be able to judge other's people picks instead of blindly following them.
Publié par Penetrator à 13:35