Everybody in Quebec knows les Iles-de-la-Madeleine but I think that nobody outside Quebec knows about these tiny islands lost somehwere in the Gulf of St-Lawrence.

To reach these islands, you either take a plane (from Montreal, for instance) or a ferry from Prince Edward Island. 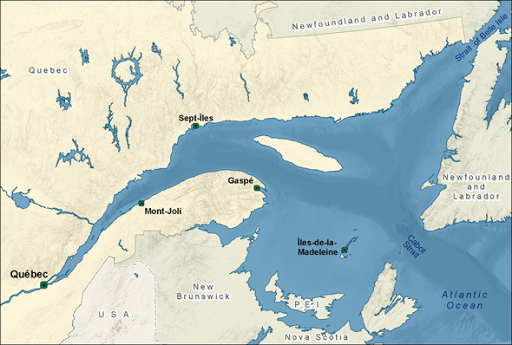 These islands are pretty small. Very narrow but relatively long. Only 12 000 people live there and a lot of artists from Montreal go there in the summer. Which makes this place a summer lair for people who think they're cool.

I went there 3 weeks ago, something like 30 years after my last visit which was around 1990 (with my parents). It's a nice place. A remote place with a lot of wind, where you can see the sea almost everywhere you are on the islands. Plus, there are very lovely coloured houses and people are nicer than in most places I've been. 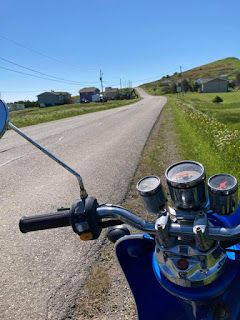 I rented a scooter and went from north to south. It was cool. I even took a small ferry to Entry Island (which is the only island of the archipelago that you can't visit without taking another ferry). That island was my favorite place. Only 50 people live there, but there's a big hill on the island (the highest of the islands) that you climb and up there, you can sea the gulf all around you. And you can have a very nice little tour of the coasts of the island. For instance, you'll see that: 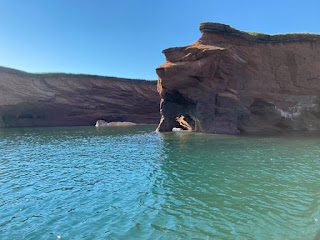 The scenery is varied on the islands. You can see red cliffs as much as gray cliffs, as much as red sand, white sand and grey sand. You'll see little hills here and there and usually, when you're on a road, the see is at your right or your left, and many times the sea is each side of you. 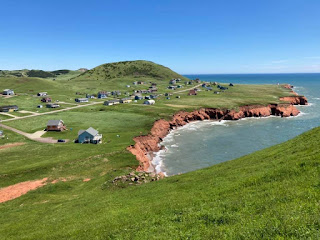 It's a nice place to visit. However, you have to like contemplation. Because it's mostly what these islands have to offer.

But all in all, it's surely one of the most beautiful places in the province of Quebec.