Winnipeg: much better than everybody thinks it is

Winnipeg was not a mistake of creation. Actually, it’s been my favorite city of the prairies. Much better than Regina and more interesting than Saskatoon.

I could even say that some parts of the city are more beautiful than Quebec City which is, as many people know, one of the most beautiful cities in Canada (surely in the top 3). 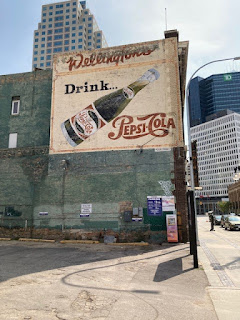 Anyway, I really liked Winnipeg. The architecture of Exchange District is very nice. Lots of publicities of the first half of the 20th century on many buildings. Also, in St-Boniface (the french area), you can talk in french with many people. You can also see that most business signs are written in french first, which is impressive given the fact that you’re 2000 km west of Ottawa and almost noboby speaks french in between these two cities.

Of course, nothing will change your life in Winnipeg and you won't see a breathtaking scenery. It’s possible to live an entire life without ever going there. But it’s an interesting place for a few days. I’d recommend anybody to visit that city for 2-3 days because there's something to see and something to do.  Actually, it’s the perfect size for a city. 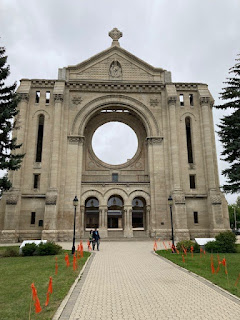 Yep, everybody will look at you with disdain if you tell them that you’re going to Winnipeg. But screw them. Most people just want to go to Florida or Mexico anyway. They have no curiosity for anything.

But, they’re probably right to go to Mexico if their plane ticket is less expensive than a plane ticket to Winnipeg. Yeah, I have to change my mind. People are actually clever to pay 600$ to go to a warm place with beaches and girls in bikini instead of going to Winnipeg.